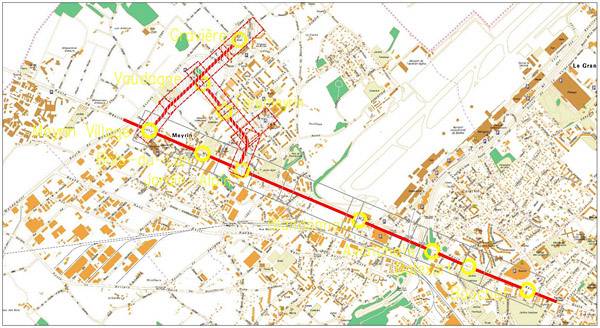 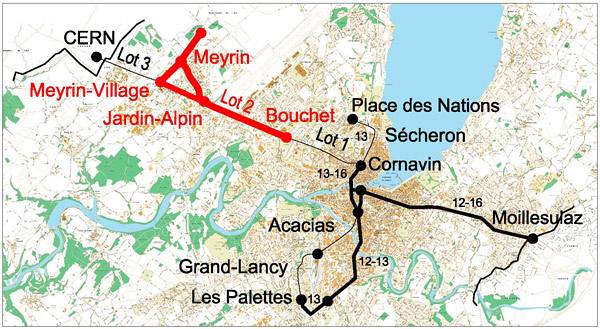 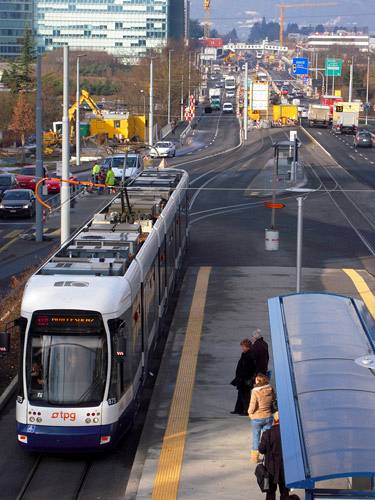 The canton of Geneva

the tcmc tramway connects cornavin station to the centre of Geneva and the cern to the French border. lot 2 is the central part, located between lebouchetandmeyrin, which direttissima joined during the course of the project, direct connection to lot 3 in order to reduce journey time for users arriving from the cern and from France (future extension towards st genis)

lot 2 is a project which was carried out by a multidisciplinary group managed by zs civil engineers sa. t ingénieurie sa took part in the whole of the development of the tramway project up to submitting the pap application, carrying out roughly 35% of the civil and railway engineering services.in addition our role focussed particularly on works supporting the new line as well as the footbridges crossing

installing a new tramway in a peri-urban site including all the road facilities and civil engineering as well as the following engineering works:

Creativity - Innovation - Passion.... our tools of the trade !